Transfer From M1 Finance to Fidelity: Everything You Need To Know

I recently transferred from M1 to Fidelity. The stocks that were transferred have an ‘m’ beside them that means ‘margin’. I guess that means I can borrow money from that stock to buy other stock, which I would never do…Is there some way to get rid of the margin so it will say I have 10?

Don’t panic about seeing margin on your Fidelity account. New customers who moved from M1 Finance to Fidelity will see this as part of their portfolio. It will go away after a few days once everything has been processed.

What’s the fee for moving out of M1 Finance?

There are two separate charges for M1 Finance customers if they want to switch to another brokerage.

You can call Fidelity customer service and request reimbursement for those two charges.

Will partial shares from M1 be transferred over to Fidelity?

Need some advise. I’m thinking of transferring my ROTH IRA from M1 Finance to Fidelity. Should I sell all stocks or remain invested on current stocks then request a transfer? TIA

No, Fidelity will not accept fractional shares from your M1 Finance account. Only full shares will transfer, partial shares will be sold, and you’ll receive cash for it in your account.

How long does it take to transfer from M1 Finance to Fidelity?

Usually between 1-2 weeks if everything goes smoothly. Fidelity will notify you if they need additional info. Use the Fidelity’s Transfer Tracker tool to check on your account’s status. 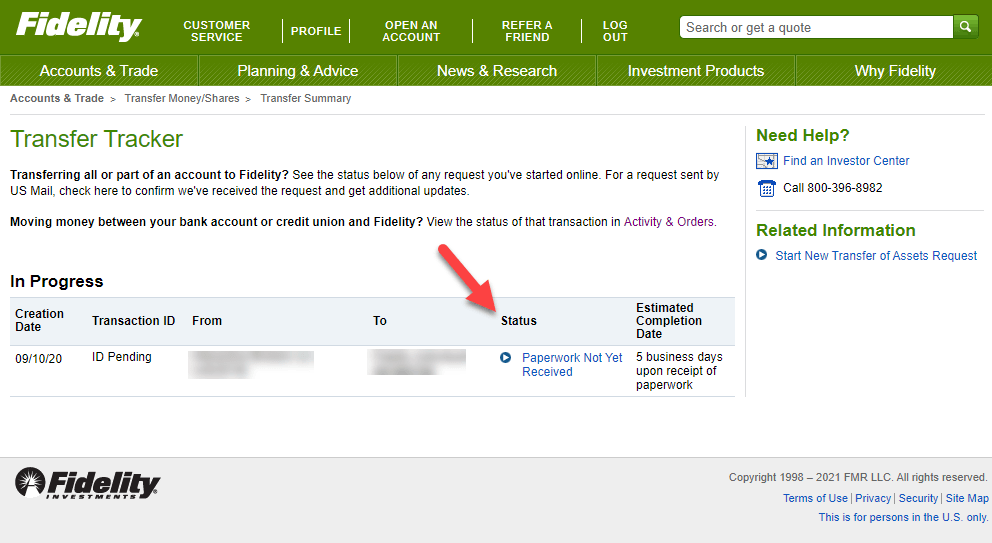 I did a ‘transfer in kind’ and then when i was in fidelity, i sold and re-bought fidelity funds. Not sure if thats the right or smart thing to do, but it was easy and didnt seem to negatively affect me at all.

No do not sell that will trigger a tax event and you will have to pay short term gains! Which is taxed as ordinary income. Call fidelity and discuss which funds you can ‘transfer in kind’ without liquidating. I just transferres my 401k to an IRA with them and so glad I called and discussed first because I was able to put everything in a fidelity fund so it stayed in the market while it’s being transferred.

I transferred my m1 roth to a fidelity roth. M1 charges $200 in the transfer but if u show fidelity your closing m1 statement after the transfer they will reimburse the fee

I did a couple years ago when I consolidated to fidelity. Multiple accounts from several brokerages including M1. M1 was by far the most ridiculous with fees, but fidelity covered them all.

How To Get Reimbursed for Fidelity Account Transfer Fee ($75 ACAT)
How Long Does It Take To Transfer From Robinhood to Fidelity
SWPPX vs VOO: Which Fund Is a Better Buy?