What do you think of Fidelity ‘s new active managed ETF $FBCG? I know it’s only 11 months old but so far the returns seem to be there? Do you think they produce they same time of returns as ARK? 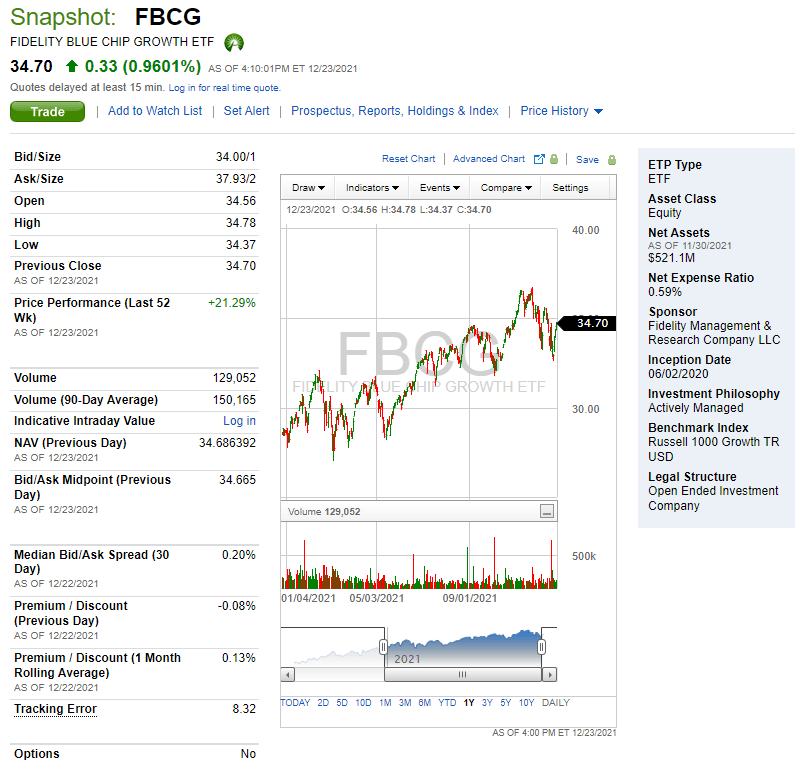 FBCG has a lower expense ratio and is more liquid because it’s an ETF, but they keep their holdings a secret and only reveal them every quarter so you don’t always know what you’re buying.

I’m keeping a lower percent in Ark because honestly the names in the portfolio are new and I don’t really understand them much. But I believe they know what they are doing after researching them.

I went with FBCG a little while back and I’m up over 16% with it. I believe the S&P is up around 4.5% during that same time.

I’m in the FBGRX fund. I’m up over 25% since I have been putting money in it since January I believe. It’s got a great history. The expense fee is .8%.

Management fees in the FBCG are way higher then its dividend, All you can hope for there is fast growth.

The ETF has a very limited track record, but so far, results seem similar to the Mutual fund.