Can someone suggest a good Fidelity mutual fund with international exposure? I found FTIHX and FZILX, but which one do I invest in?

The Fidelity Total International Index Fund (FTIHX) is a mutual fund that invests in a wide range of international companies. It provides exposure to the performance of the MSCI All Country World Index, which includes more than 3,600 stocks from about 20 countries.

Similar to FTIHX, The Fidelity ZERO International Index Fund (FZILX) is a diversified index fund that invests in global stock markets outside of the United States. The fund was launched in 2018 as part of Fidelity’s “zero expense ratio” Index Funds.

As suggested by its name, FZILX charges nothing. Investors who invest in Fidelity ZERO International Index Fund pay no fees to the fund manager.

Meanwhile, with FTIHX, the expense ratio is 0.06%. This is relatively low compared to other mutual funds.

As you can see, 90% of their top holdings are the same, just different portfolio weights.

The dividend yield of FTIHX is 2.63%. The fund pays dividends to shareholders every December. 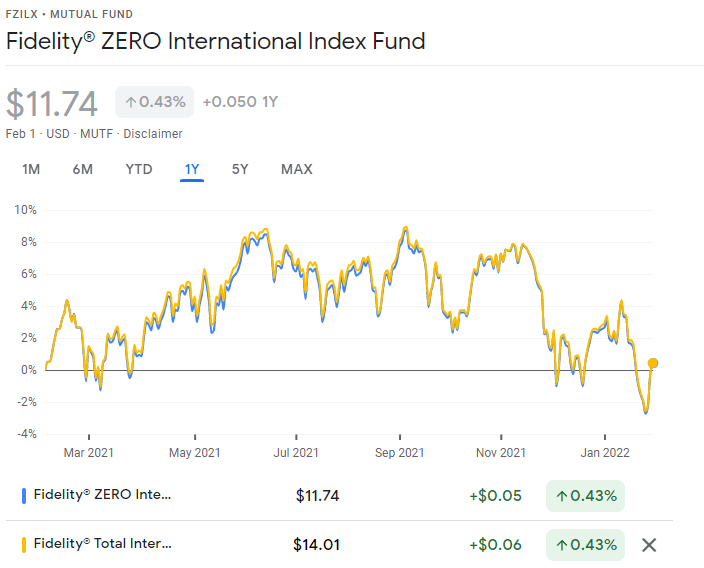 There are more similarities between FTIHX and FZILX than there are differences.

The only differences between the two mutual funds are that one is a newcomer with no expense fee while the other has been around longer (since 2016) but charges a small fee.

There is no point in having both FTIHX and FZILX in your portfolio. The two are incredibly similar to each other.

In addition to these two international funds, there are also FSPSX and FEMKX.